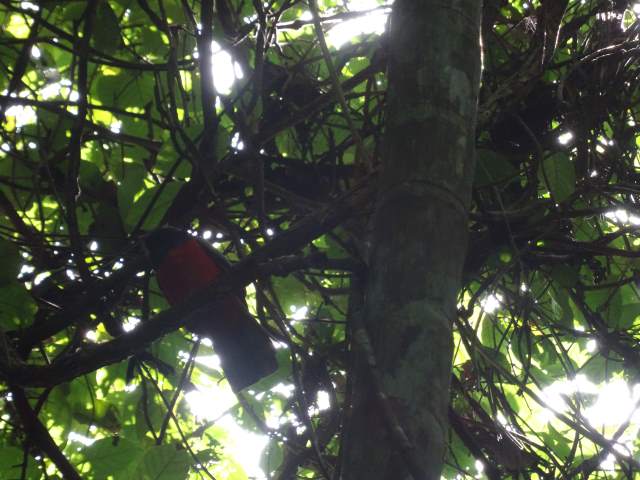 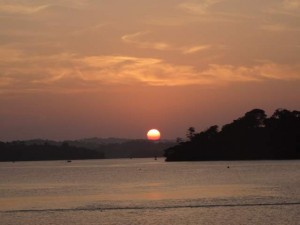 After we got through the first set of locks on the Panama Canal at night, we anchored for the evening. Following a beautiful sunrise, we were pleased to learn that we would be making a visit to the Smithsonian Tropical Research Institute (STRI). This world-renowned research facility was created and operates a biological reserve on Barro Colorado Island to study tropical ecology and biogeography with a goal of understanding the behavior and cross-impacts of different species in a discrete tropical ecosystem. They use combinations of direct observation, sample collection (as by measuring the dispersion of seeds, flowers and fruits in each plot), photo traps (cameras triggered by infrared sensors), censuses and other means to observe the social behavior of different species of insects, animals and plants, how the species interact and how how external variables (especially temperature, precipitation, humidity and so forth impact the island’s population and ecosystem and affect behavior. They have been able to track the growth, decline, degree of inbreeding and in some cases, extinction of different species and how this may vary by season and under different weather patterns.

Although the laboratory buildings are not themselves open to visitors, as part of our cruise through the Panama Canal, the institute provided a scientist to give us an overview of the institute and its operation and a naturalist to take us on a two our tour of its real laboratory–the forest itself.

The scientist provided examples of some of the institute’s current research themes. Examples include:

A number of research teams focus particularly on “mutualism”–the coordination and cooperation across species. Examples include:

Other scientists focus on the “principle of competitive exclusion” to determine why there is so much diversity among species. There are, for example, 74 different species of bats on the island, many of which have different diets. Each, therefore, employs a different hunting strategy. More interestingly, while each uses a form of sonar to navigate, the type of sonar varies depending on where their feeding requires navigation in the understory, the canopy or in the open sky. similarly, why do some plants require bright light while others thrive in different degrees of shade, and what type of adaptations do they make to best adapt to their specific environments? How do different types of trees adapt to specific types of pests and pathogens?

And of course, how do different plants and animals respond or adapt to different weather patterns. Why did a particularly intense period of rain so devastate the island’s spider monkey population, while having so little effect on capuchins? How do plants knows when to flower and fruit? How do forests diversify in response to seasonal rhythms?

Our tour gave us a chance to explore this unique research sandbox, to see and learn about many of these species and to gain a better understand of how scientists go about researching these ecological and behavioral questions. We saw and learned about many different species of trees, plants, insects and mammals. Insects such as the industrious leaf utter ants, to the aggressive army ants to the huge (roughly one inch long bullet ants with their extremely painful bites. We saw beautiful birds such as the chestnut-backed amber and the green and red tragon. Mammals ranged from rodents like red squirrels and aguiti; to three species of bats; and monkeys, including spider and capuchin. But for every creature we saw,there were a dozen which we either heard (from cicadas to howler monkeys and dozens of birds) or saw signs of (such as an ocelot track or the aggressive nesting female crocodiles of which fences and signs warned us), but never actually saw.

But more interesting than sightings, were what we learned. Examples include:

We also learned some of the broadest lessons that have been learned over the decades during which the institute has been operating. Birds have been the biggest losers in the evolutionary process since despite the short distance between the island and the mainland, few migrate. The island birds, therefore, tend to inbreed and die off. Mammals, meanwhile, do migrate. But since crocodiles are now protected and have become more numerous, some of the scientists expect less of this migration and perhaps, declining mammal populations.

And we also saw and learned the use of many of the different types of monitoring equipment used on the island. These include weather stations, nets for collecting falling flowers, fruits and seeds, camera traps and tracking collars.

It was of little surprise to learn that the institute’s research focus depends heavily on the specific interests of the director, the type of researchers it attracts and of course, its funding. And of even less surprise, it is perpetually short of money. While some directors have been better than others in attracting funding, money is especially short now. STRI is forced to use and figure out how to repair obsolete equipment and beg other institutions for used equipment. One reason, perhaps, is their research focus. Two of the science with whom we spoke, had trouble explaining their research, why they were conducting it, and especially, whether there was any conceivable way in which the results of their work cold be of interest to, or provide any value to others. Not surprisingly, not all scientists are good at explaining their vision and research.

Enjoy these pictures of the institute. 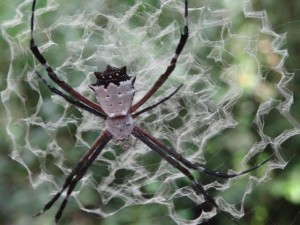 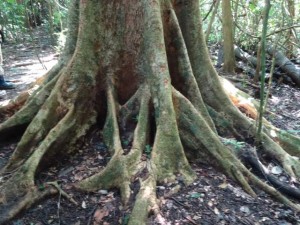 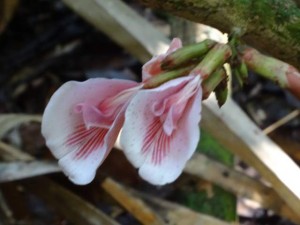 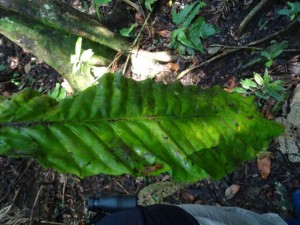