The Snaefellsnes Peninsula is at the westernmost edge of Iceland. It is home to quaint fishing towns, mountains, waterfalls, beaches, dramatic scenery, a national park (Snaefellsjokull) and a glacier and mountain that are reputed to be the most picturesque on the island and the setting for Jules Verne’s Journey to the Center of the Earth. 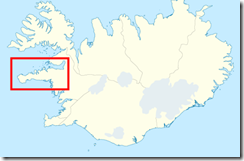 The lower part of the peninsula consists of miles and miles of gently rolling pasture land, punctuated by picturesque mountains, occasional lava fields, small and mid-sized towns and occasional access to the ocean (primarily via roads to fishing towns).

The mid-peninsula is more scenic, more challenging to drive, and more historic. It becomes much more mountainous, has more waterfalls and is generally much more dramatic. The winds, however, try their hardest to push you off the road—presumably to protect the sanctity of the beauty that lies beyond. It has two, particularly noteworthy stops, one scenic and hikeable, the other pretty and historic: 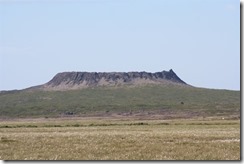 The western tip of the peninsula is the home to its primary sites and tourist facilities. Its primary attraction is the National Park.

The centerpiece of Snaefellsjokull National Park is a dormant volcano that has erupted more than 20 times in the last 11,000 years. Today the volcano is topped by a rapidly shrinking (from more than 23 to 9.2 sq km over the last century) glacier. The mountain was the setting for Jules Verne’s novel, “Journey to the Center of the Earth”. It is Iceland’s only national park that stretches to the sea.

The park also includes miles of moss-draped lava fields with weirdly shaped formations and dozens of other notable features. These include: 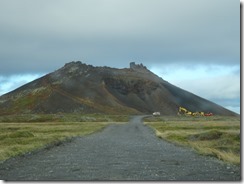 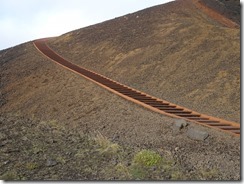 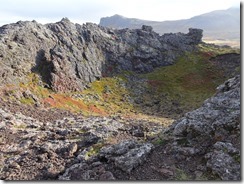 The Western Edge of Snaefellsnes Peninsula

The western edge of the peninsula is also home to a number of interesting towns and sights. These include south shore towns such as: 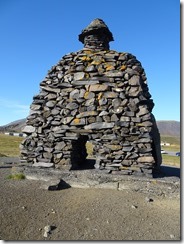 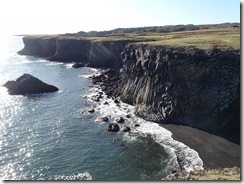 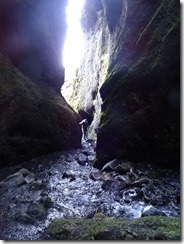 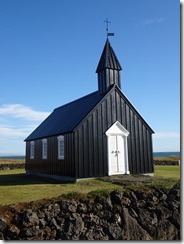 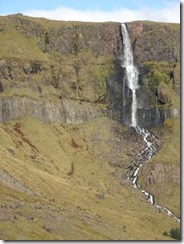 The west coast’s North Shore, meanwhile, has a few of its own interesting towns, such as: 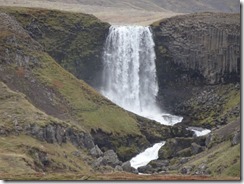 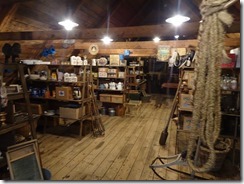 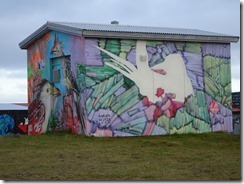 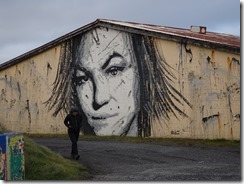 Its most impressive attractions, however, are along the road east of these towns: a stretch that provides stunning views of steep, couple hundred-foot cliffs that plunge down to the sea, rugged, emerald-green mountains that line the inland side of the road and views that stretch across bays to distant mountains and one particular mountain that is claimed to be the most beautiful in the country:

Our Greatest Iceland Skips and Misses

Although we covered much of the roughly quarter of the island that we did explore, there were a number of sights within this area that we either decided not to visit or we were unable to explore. Among the most important of these were:

Whale Watching. Although whale watching tours are a premier Iceland activity, we opted out. Having lived in Boston and San Francisco, we have been on a number of sightseeing cruises, have seen whales from shore and have even snorkeled with whales in the South Pacific. We didn’t need another whale tour.

Icelandic Horse Riding. Among the greatest misses of this excursion was skipping our chance to ride the small, almost pony-like Icelandic horses. This unique breed has remained pure for more than 1,000 years. We did, however, see a few of the lovely horses grazing in pastures. So graceful and with beautiful long manes. 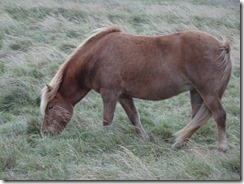 Seeing the Northern Lights. This is one item that remains on our bucket list Although it is true that most of our near-Arctic trips (Central Alaska, Northern Canada, Scandinavia) have been in summer, when the night skies are too bright to see the show, we have been in Aurora Borealis areas several times on darker, autumn nights. So far, however, our efforts to see the colorful lights (caused when charged particles released in solar flares strike the earth’s atmosphere) have been quashed—typically by cloud covers. Unfortunately, this trip was no exception. It is starting to look like we have to arrange a special (burrrr) winter trip.