Every few years, we tend to get to Florida, more specifically, Miami Florida. Not surprisingly, we usually time our visits during San Francisco’s colder and rainy months. After all, what is wrong with some sun and warmth. Sometimes we go down for Art Basil. Other times we go…just because. We recently spent a few short days in Miami. As usual, we stayed in South Beach Florida…the area of Miami that we most enjoy.

We always enjoy walking around South Beach to see some of its beautiful art deco architecture.  And then there are the people on bikes, skates, and just walking (or strutting) to be seen. Ocean Drive , Collins Avenue, Washington Avenue and Lincoln Avenues are all great for people watching..and, of course, to get a giant margarita or to enjoy a hooka.

And then it is fun to stroll through Marjorie Stoneman and Loomis Beach Parks. 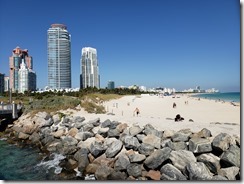 We took time from walking, checking out the people and enjoying the sun to make a stop at a museum

The Wolfsonian Museum is a pocket-sized cultural museum in South Beach that always has interesting exhibitions. On this visit we explored three exhibits. 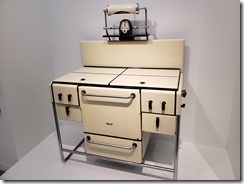 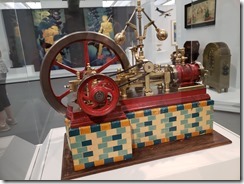 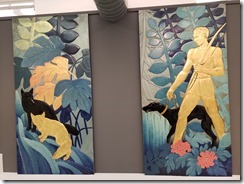 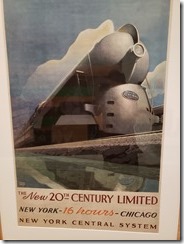 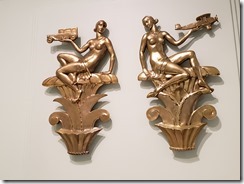 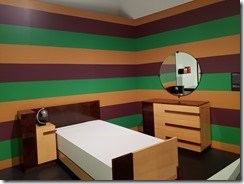 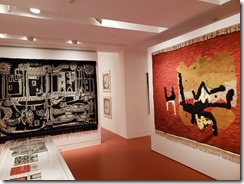 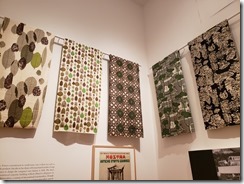 This modern French restaurant specializes in Quebec foie gras. We indulged in two of its four different preparations of fois gras. Our favorite, hands-down, was pan-seared with mango and passion fruit reduction. The more unique, but less tasty preparation—called bon-bons—was wrapped in a ball of spaghetti-cut potato and deep fried. 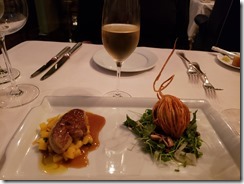 We followed this with two entrees, both of which were fine, but less than memorable. These were a sautéed lobster with spiced lobster reduction sauce and a vegetable medley, and Venison Dianne with vegetables. On our server’s recommendations, we had glasses of Loberger Alsatian gewürztraminer (rather than sauterne) with the foie gras and, in an attempt to bridge our two very different entrees, a Chateauneuf de Pape which, unfortunately, we forgot to write down. In any case, the service was very friendly and personalized. The food, meanwhile, (other than the seared fois gras) was less than memorable and the wine suggestions competent.

We made a return visit to this wonderful restaurant located atop a parking garage. The beautifully-designed space offers a panoramic view of the city. The restaurant provides consistently good contemporary food. We began with seared foie gras (not as good as that from Pied de Terre) with leeks and candied almonds, followed by a wonderful miso-glazed Chilean sea bass with ratatouille. Wine was a 2015 Gran Moraine Wilamette Valley pinot. The service was so attentive that it was almost too fast. Once again we were quite pleased.

Tom has a passion for stone crab. Each time we go to Florida, he has to have his fill. Joe’s Stone Crab (the cafe versus the more formal restaurant) offers reasonably priced stone crab at an informal setting. Tom was very happy with his stone crab claws. We also had two other, much less satisfying dishes: fried oysters (small and over-fried) and grouper sandwich.

See our 2016 blog on the restaurants we explores on our last trip to this area.

Marlin Hotel. We stayed at the Marlin Hotel, a redesigned  boutique Art Deco hotel in South Beach. Just far enough away from Ocean Drive, but close enough to let us enjoy all that South Beach has to offer.  The room was very comfortable and included beach towels bathrobe, slippers and an espresso machine. Our room (301) looked into other rooms, but you just close the drapes. Who cares. AC and wifi all worked well. Strangely, our sink was real low which makes someone with back issues at a disadvantage. The rain shower’s water was not as hot as the normal shower head, which was also strange. Breakfast was included in our rate and had cheese, smoked salmon, multiple kinds of cereal and bread and yogurt. Although it can be on the expensive side, if you get a good price it is a great place to stay.