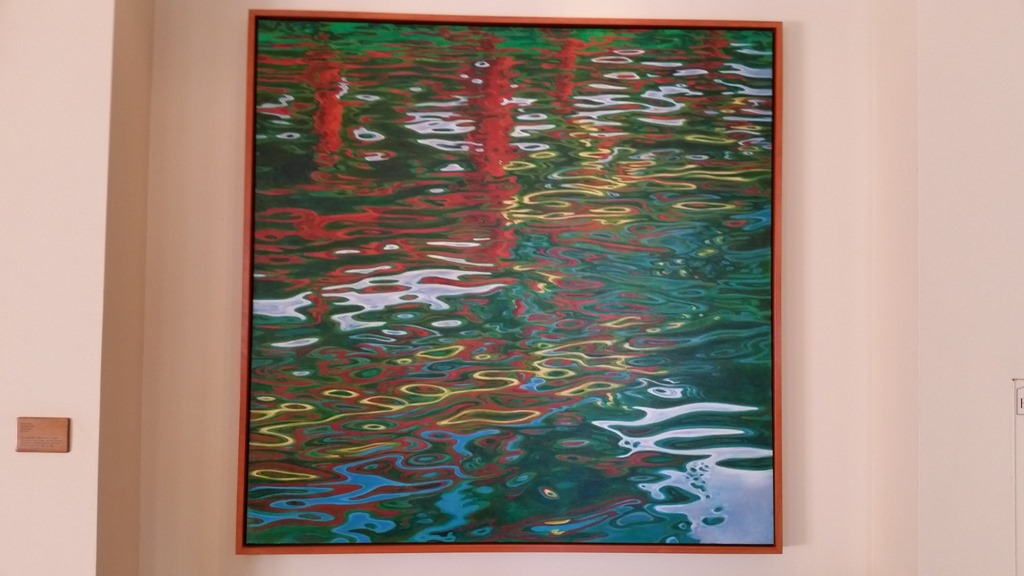 Ka’anapali is the home to mid-upscale hotels such as Westin, Marriott and Hyatt Regency. Not surprisingly, the South Maui coast contains mid-range neighborhoods (especially Kihei) and the decidedly upscale town of Wailea, home to the Four Seasons, Wailea Grand, the Shops at Wailea and some of the island’s premier golf courses. We returned to Wailea for its art (both hotel and gallery) and another of our favorite restaurants, the improbably named Humuhumunukunukuapua’a!

We spent much of the afternoon touring the several galleries in the Shops and Wailea mall (including the fascinating National Geographic Gallery) and in the Grand Wailea Hotel (NaPua and a couple of other small ones, each of which have more than their expected shares of lovely glass art), Most of the day’s exposure to art, however, came from the permanent collections of two of the strip’s primary hotels: the Four Seasons and Wailea Grand, Both hotels have formal printed guides to their art and invite the public to view it. Four Seasons goes even further with a free audio guide that discusses and interviews artists of many of the hotel’s 68 major pieces from artists that are either from, or were deeply influenced by Hawaii. Among the dozens of museum-quality pieces are Jun Kaneko’s “Colossal Heads”, Edward Brownlee’s bronz “Sky Boat” sculpture and Don Ed Hardy’s Wave Warrior”, which portrays a red ceremonial knife inside a tsunami wave.

The Grand Wailea collection is almost as impressive with its nine, large-scale, characteristically obese Fernando Botera nudes, 18 Fernand Legar bronzes and Jan Fisher Polynesian-inspired bronze sculptures, including spar fisherman poised over the Koi pond that surrounds Humuhumunukunukuapua’a, our evening’s restaurant. And since both hotels’ collections draw heavily from local and locally-inspired artists, it’s not surprising that both had pieces from the same artists including Ken Shutt’s graceful white and bronze-colored females, Satoru Abe’s bronzes, the very different Edward Brownlee sculptures and Yvonne Cheng’s batiks.

A pleasant day to spend a day of scattered, but very heavy rainstorms.