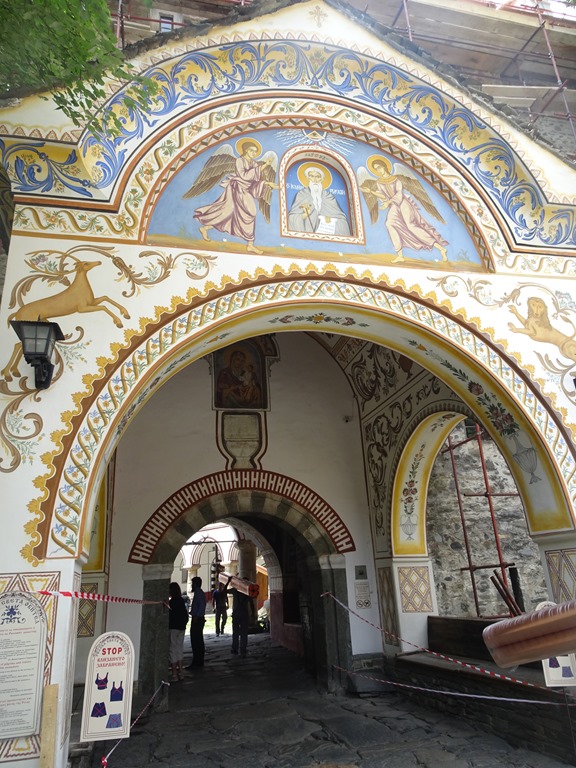 During our short trip to Bulgaria, we spent one day in Sofia and another day outside of the city. We hired a car and driver to take us past scenic, hilly, green pasture and crop land, deep into the even more lovely mountains in the center of the country. Our destination was the Rila Monastery, one of the country’s most historic and beautiful UNESCO sights. And since we were taking the two-hour ride to get there, our concierge recommended that we add a couple stops, plus lunch, to make it a full day. Not surprisingly, both of these other sites have religious significance.

The Rila Monastery was built in the 10th century by followers of St. Ivan of Rila, an aesthetic, medieval (born in 876) hermit who sought to escape what he saw as a debased society by retreating to the mountains for a life of solitude, prayer and fasting. The combination of his wisdom, and what were thought to be his miraculous healing powers attracted a number of followers who built the monastery. His remains, which were also thought to possess healing powers, attracted a stream of pilgrims to the site.

Although the Ottomans largely destroyed the Bulgarian National Revival-style chapel in the 15th century, it was renovated by the Russian church. When a 1833 fire badly damaged the renovated structure, the Bulgarian people funded a renovation to its current state.

The Monastery is surrounded by fortress-like walls that are broken by two entrance gates. This structure encloses a large courtyard that is lined with red, white and black-striped arches topped by three additional floors of wooden balconies. 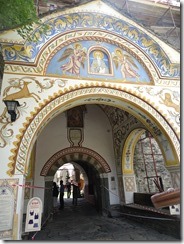 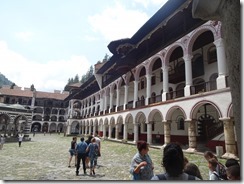 The rooms behind the arches and balconies house the:

While virtually all of these were closed when we visited, as was the stone bell and clock tower in the center of the courtyard. 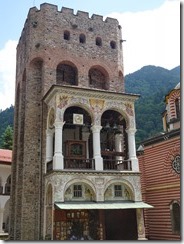 However, the monasteries two most important site were open. These are the:

Church of the Nativity

The largest monastic church in the country is decorated with red and white-striped walls, a column-lined, multi-domed-topped arcade whose walls and domes are painted with biblical scenes and multiple layers of curved arches and different-size domes at different levels. 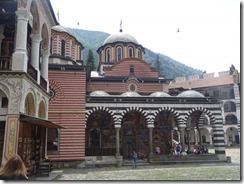 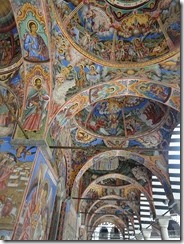 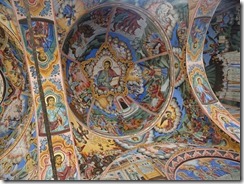 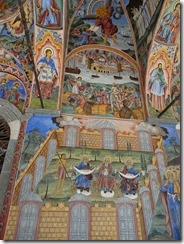 The interior meanwhile, consists of: 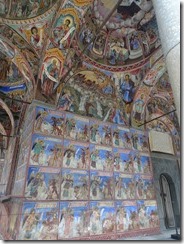 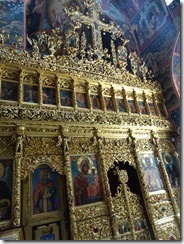 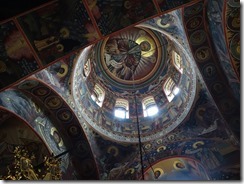 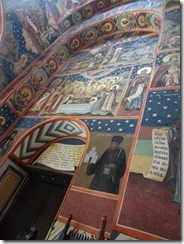 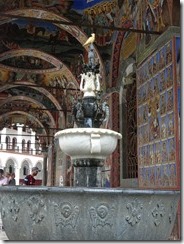 The Treasury Museum contains jeweled, gold communion cups and silver boxes, miniature crosses, gold plates, ancient books, elaborate bibles and manuscripts from the monastery’s library, including some of which are up to 1,000 years old. Among the museum’s particular treasures are the: 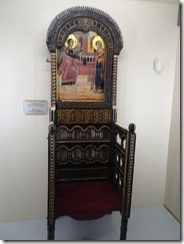 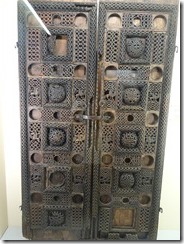 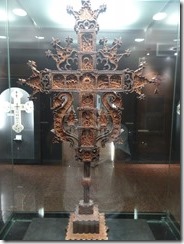 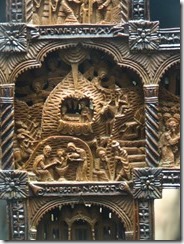 Chapel of St. Ivan of Rila

This small chapel is located at the head of the cave in which St. Ivan lived the last several years of his life. Getting to the chapel requires a roughly 15 minute climb up the relatively steep, rocky side of Mt. Rila, the most blessed of Bulgaria’s mountains. Once you reach the chapel, another few minutes up to the cave in which Ivan lived for the last several years of his life. The cave, which is a religious pilgrimage site, is entered via a narrow slit in the ceiling, through which pilgrims (not to speak of tourists) must make a contorted descent in order to enter. 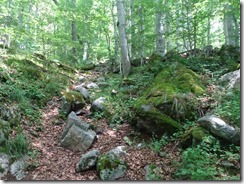 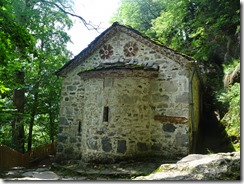 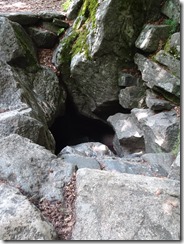 From there, another short hike up to a shrine next to a natural fountain. All in all, about a 45 minute round trip. 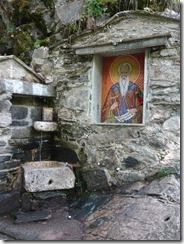 This tiny, three-chambered, stone and brick church, which is located in the outskirts of Sofia. It was originally built in the 10th-century and expanded in the 13th and 19th. 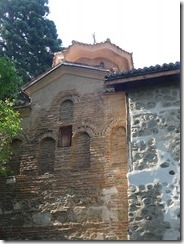 The primary attraction of the church is a lovely, amazingly intact and visible fresco that was created in 1259. The inner sanctum of the church, which is where the original fresco resides, is accessible only in groups of eight, accompanied by the caretaker and with tight restrictions. The wall murals depict multiple biblical scenes (Adam and Eve, the Last Supper, etc.) while the ceiling represents scenes from the life of St. Nicholas.

A few segments of the fresco, which were in danger of separating from the walls and ceiling, and could not be stabilized, were removed and displayed in the church’s outermost chamber. Although no photos are permitted inside the building, following are a few from the Internet to provide an idea of the detail and condition of the beautiful fresco. 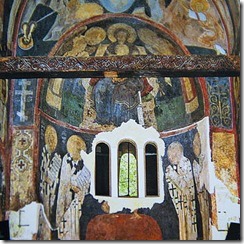 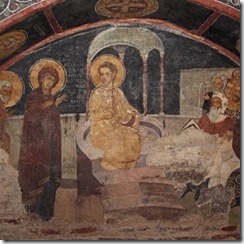 The Magic of Rila is a resort located next to a mountain stream, has an outdoor restaurant that serves fresh trout form the area’s rivers. That worked for us. After an appetizer of sausage, we had two trout, one allegedly grilled and the other barbequed, although they looked and tasted identical to us. No matter, the trout was delicious and the 2015 Cycle sauv blanc , the only white they offered by the half bottle, was adequate. 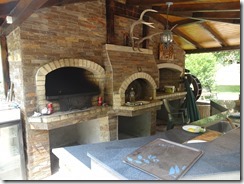 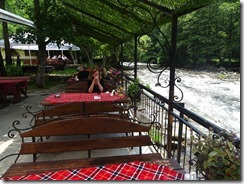