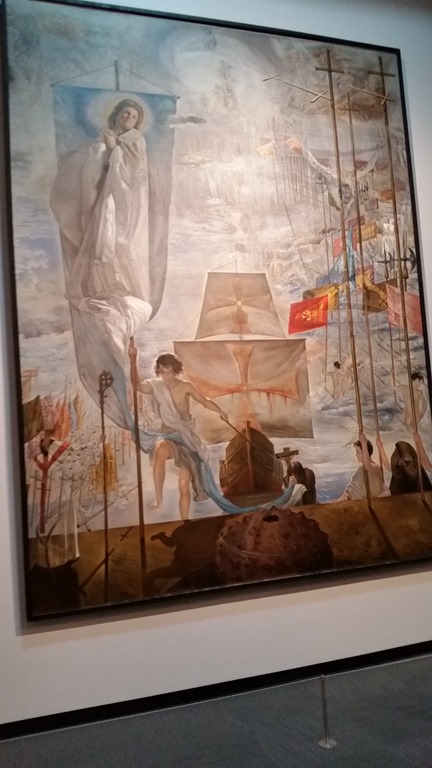 We recently spent a few days in St. Petersburg Florida. We last visited the city in 2011 and were pleasantly surprised by the concentration of arts venues in the downtown. We found the same this time, especially the:

We also explored and discovered interesting art in the downtown area. These included the:

The Warehouse District is still occupied by many working warehouses and small-scale manufacturing facilities. A growing number of warehouses, however, are now being repurposed as artist studios, showrooms, galleries, art schools, design centers and other types of arts-oriented venues. About four dozen such establishments (some housing studios of multiple artists) are scattered across a couple square miles. These are interspersed with a number of craft breweries and casual restaurants.

The most ambitions of these developments is Soft Water Studios, a 4,000 sq ft studio that is the first completed section of a multi-acre, multi-building complex that was acquired and being developed by the St. Petersburg Arts Association as shared studio space. The most upscale is probably the 7,000 sq ft Duncan McClellan Gallery, which features rotating visits of nationally- and internationally-recognized glass artists. Micro-breweries, two of which we visited, include Three Sisters and Urban Brew, the latter of which we also had lunch.

We also explored parts of the downtown area with their boutiques, galleries and shopping and entertainment venues (such as Sundial and Beechwood, both of which had outdoor music. Central Avenue, meanwhile, includes a few blocks that are loaded with some of the city’s popular casual restaurants and bars (many with live music).

We, of course, also had to eat. We explored one particularly interesting food venue, Locale Market, essentially a smaller, multi-ethnic version of Mario Batali’s Eatily, which includes a nice selection of upscale specialty foods, food stalls and restaurants. We ate a few small, casual meals:

We stayed at the recently renovated, Art Deco-style Avalon Hotel, sister hotel to the next-door Hollander, a much larger, renovated structure whose lobby and lounge are tastefully decorated with late 19th and early 20th century memorabilia. While comfortable and nicely run, the room, especially the bathroom, was very small. Next time we will seek out an alternative.