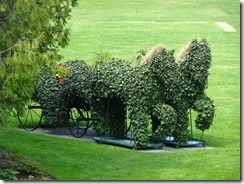 Mackinaw island was first Europeanized in 1670, when a French Jesuit priest, Father Marquette, opened the first, albeit temporary mission. By 1781, the British took control and established a trading base. At the outbreak of the American Revolution, Fort Mackinac, a military fort was the subject of the first land battle of the War of […]