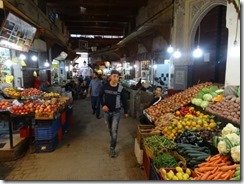 Fez Morocco was our next stop. Founded in 789, it is the oldest of Morocco’s imperial cities and the country’s historic and religious capital. Created by the fusion of two cities on either side of the river, it became the country’s de facto economic and imperial capital from the 12th through 16th centuries–the period when […]