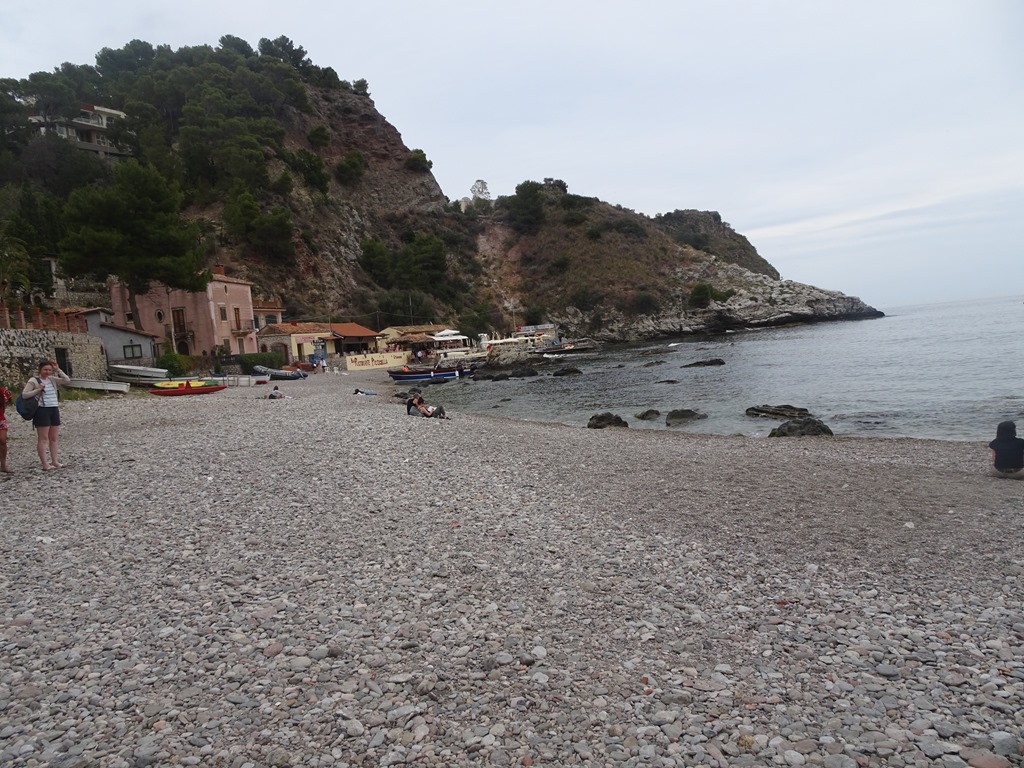 Taormina is a resort town perched on a mountainside that is about 660 feet above the rocky beach that draws many of its tourists. The town itself consists primarily of one, long, narrow pedestrian street that is lined with tourist shops, restaurants and gelaterias.

It has three premier sites: 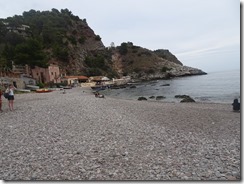 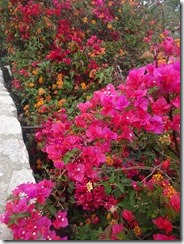 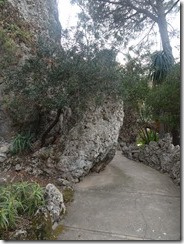 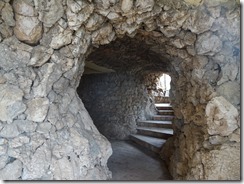 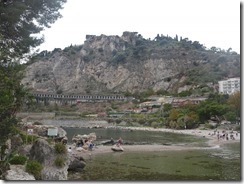 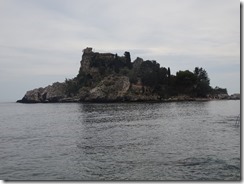 The town itself is pretty and a stroll along its main street (Corso Umberto) is a lovely way to spend an afternoon or evening. 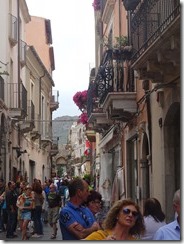 The street is punctuated by three gateways and three large plazas, two of which merit note: 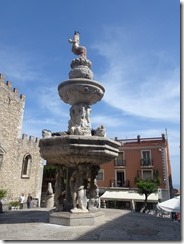 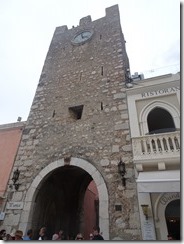 Osteria Nero d’Avola, where we had three dishes. Squid flan and artichoke gratin with pistachio cream and bacon sounded more interesting than it actually was and the meatballs grilled in lemon leaves could have benefited from more seasoning, Our favorite dish was the fresh maccheroni with a Sicilian ragu of sausage and mushrooms. And since we were in the Etna region, we had to try another Etna DOC wine, this time a 2016 Girolamo Vino Rossa (a blend of Nerollo Mascalese and Nerollo Cappuccio).

Osteria Vino di Rosso where we loved all three of our dishes, not to speak of their spot-on wine recommendation. We began with anchovy tempura with a delicate white lemon mayo, followed by two wonderful, perfectly-cooked main dishes: very rare tuna steak which were nicely complemented by caramelized onions, and a medium rare combo of grilled lamb rib, fillet and shoulder, with parsley potatoes. And working with all of these dishes, a 2016 Planeta Vineyards Eurozione 1614 Mt. Etna Nerollo Maccalese.

Hotel Taodomus. While this is a 3 star hotel, it is better than a 3 star and is more like a 4 star to us. Location is right in the old walled in section of the city. The staff is incredible. Rooms don’t have a lot of space to put things. For example, the shelf by the bed is very small. We ended up with one suitcase on the floor and one on the desk. Wifi kept going up and down but it worked, as did the air conditioning. The room was very comfortable. The hotel had parking very near for a small fee. Definitely stay here.