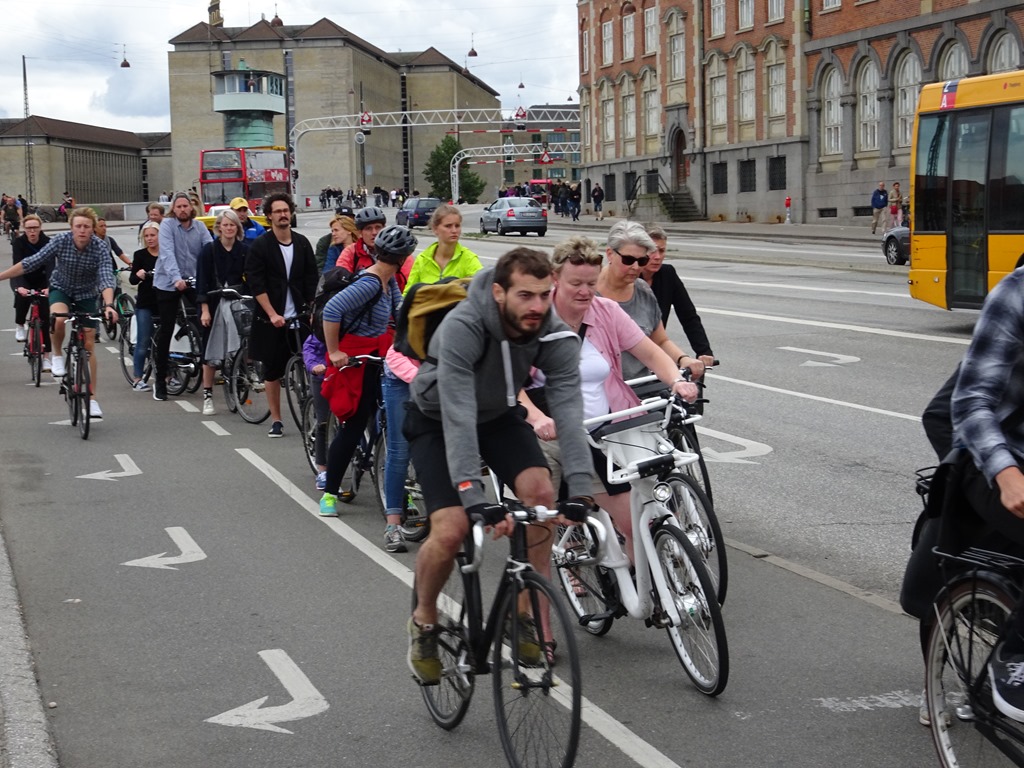 Hygge? We kept hearing people refer to life in Copenhagen as Hygge. The word, pronounced as “hue-gah” is one of those words that can’t be directly translated into English, or pretty much any other language (although some other Scandinavian countries have words that are somewhat similar.

Generally translated as “cozy” or “comfortable”, it generally refers to a mood in which you are comfortable in a situation. It may, as explained by Smartling, refer to the overall ambiance of a situation, such as snuggling on a couch with a loved one while watching a movie you both enjoy. Or it can be by a more general feeling of comfort with life—enjoying those things you do and not having to stress about other things.

Whatever it is, it seems to be working since 2016 World Happiness Report citizen surveys rank Denmark as the Happiest Country in the World. This is despite the fact that it ranks only 22nd in per capita GDP ($45,451). Why so happy?

Part of it is the lack of stress in day-to-day life. For example, the country has a strong social support system that provides for many of life’s necessities. These include free medical care (albeit not dental), 52 weeks of parental leave (which can be for one parent or split between parents) per child, free education all the way through graduate school (plus monthly cash stipends for college students), six weeks of paid vacation, average 33 hour work weeks and, if you do lose your job, unemployment benefits that range from 10,000 to 18,000 krona (about $1,500-$2,600) per month for up to two years (with lower benefits after two years).

Or it could have to do with Denmark’s being the least corrupt and the second safest country in the world and having the third highest monthly after-tax disposable income ($3,269 per month) and the highest rate of upward social mobility. Or perhaps it is the Scandinavian tolerance of different lifestyles.

And what about the daily hassles. Copenhageers are addicted to bicycles. In fact, it has more bikes in the city (560,000) than people (520,000). Half of all city residents and 35 percent of all people who work in the city (including in suburbs and neighboring towns) commute to work and school by bike. Virtually every road has bike lanes that are physically separated (by curbs) from driving lanes and sidewalks-more than 400 kilometers of such lanes in the city alone. From what we saw, the most difficult part of a commute is in finding an empty space to park your bike. Think about not having the cost of driving to work, the hours spent behind a wheel, the frustration of sitting in traffic jams, that crazy driver in front of or behind you. Part of the reason is that Copenhagen is flat so biking is easy. But is also has high taxes on cars and gas. No wonder they have double decker bike parking “lots” rather than double decker car parks. 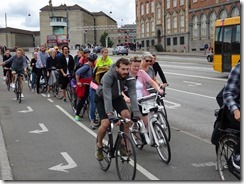 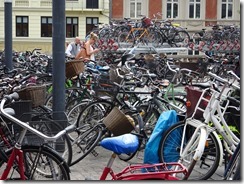 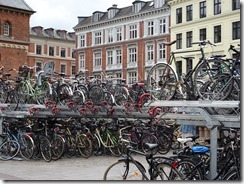 But whatever the reasons, Copenhagen just seems to have less stress and more Hygge than other comparable size cities we have visiting. Denmark most