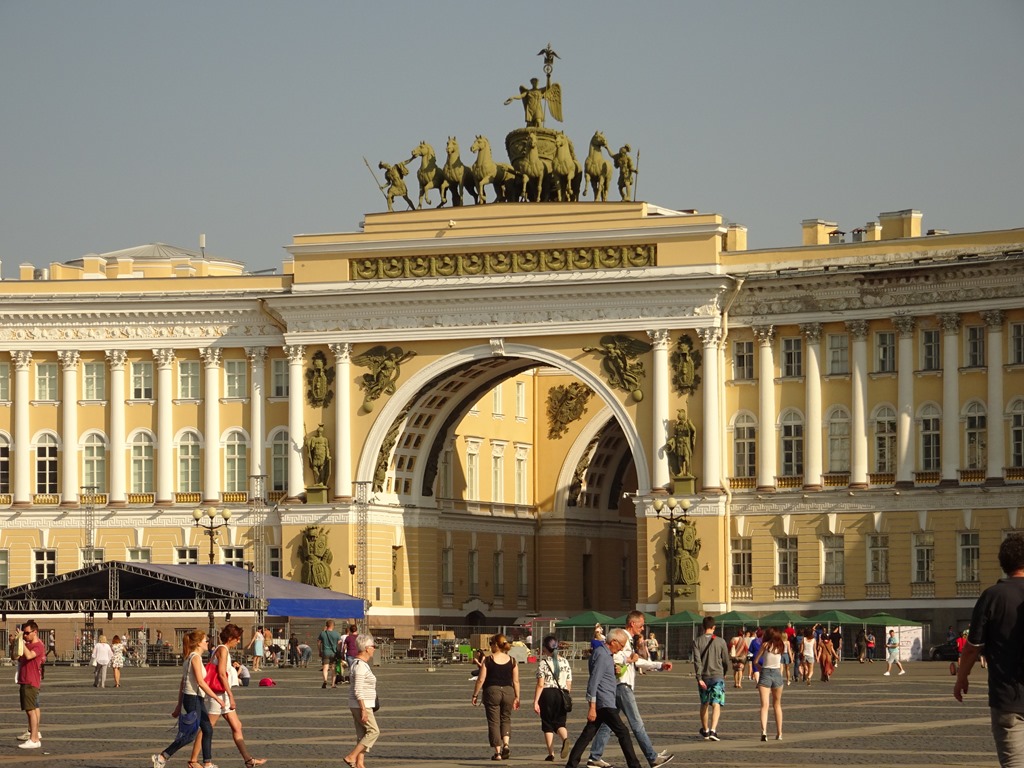 Like most visitors to St. Petersburg, we visited the main Hermitage Museum. But The Hermitage has multiple building and museums. On a separate day, we visited The Hermitage’s 19th and 20th century art collections, which are housed  an almost as large, but decidedly less lavish building across the courtyard from the Palaces. The General Staff building, only part of which is open, has a particularly large collection of Impressionist and Post-Impressionist art. We started in a one-gallery overview of pastels (especially from Degas and the following generation of French artists who were inspired by his work). The vast majority of this collection consists of oils. It is especially strong on somewhat lesser-known works of the first two decades of Impressionist works from Monet and Renoir. It also has a strong representation of works by lesser known Impressionists (Utrillo, Chaubaud, Puy, etc.) and a number of Post-Impressionists (such as Bonnard, Denis and Roussel), and especially Roussel’s triptych of the Mediterranean coast. 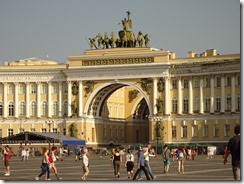 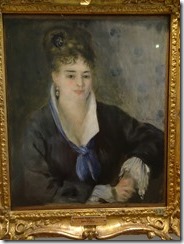 The early 20th century is practically represented by Picasso and Matisse. It has an especially strong collection of early Picassos (especially from 1902 to 1909), including one lovely Blue Period work, “Two Sisters”. The galleries also contain two small cabinets of the artist’s fun, 1950-era ceramics. Matisse is especially well represented, especially from 1900 to 191o, including two large-scale masterworks, “Music” and especially, “The Dance”. It also has a wonderful later-year (1947) portrait of a woman that fully displays the artist’s mastery of color. 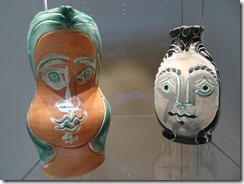 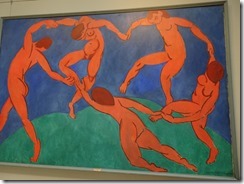 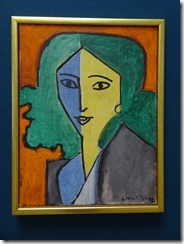 The 18th century collection, which is divided by country, progresses generally chronologically. While primarily oil-based landscapes, portraits and battles, there is also strong display of furniture and other decorative arts, as displayed in room settings. A number of galleries are also dedicated to early 19th-century paintings, furniture, decorative arts and military uniforms. 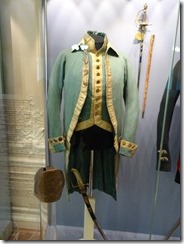 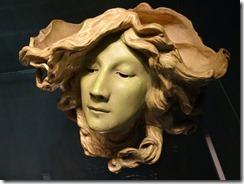 The General Staff building also has a number of smaller, special exhibits. These include: 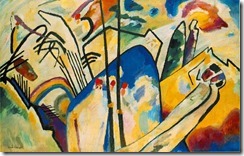 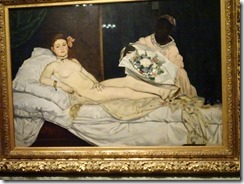 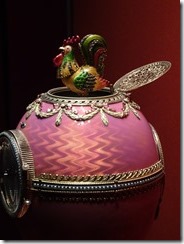 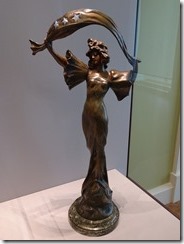 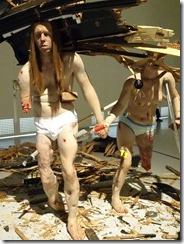 Not only did the museum have some real treasures, one of the best treasures is the relatively lack of tourists. This was a treat after the very crowded main Hermitage building.