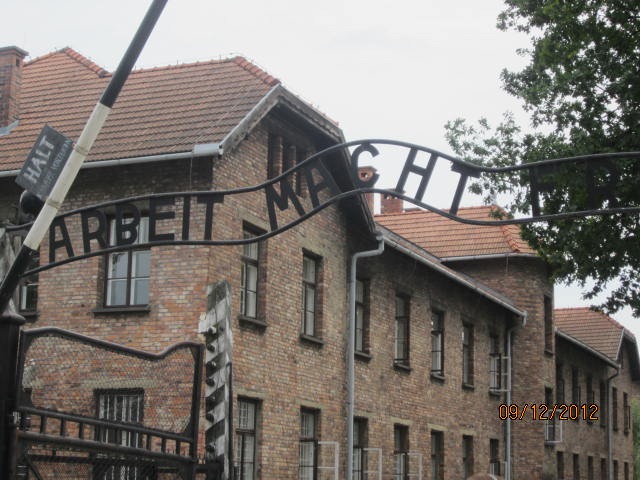 From Agony to Ecstasy in Single Day Trip from Krakow

Krakow is a fun and fascinating city, full of things to see and do. But, while there is plenty to keep one busy in the city, it also provides the opportunity for some short, but fascinating daytrips

We chose two, both of which can be combined in a single-day, either in a private car or via a tour. These trips were to:

These stops, each fascinating in its own way, could not be more different. This blog focuses on Auschwitz and Birkenau. The next on the Wieliczka Salt Mine.

The tours begin at the infamous Auschwitz gate, with its ironically cruel slogan “Arbeit macht frei” or "labor makes you free." It didn’t take long to see why very few of the 1.5 million people who had the profound misfortune of being sent to these camps would ever again be "free." 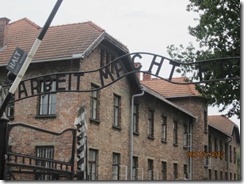 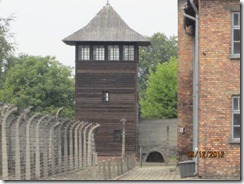 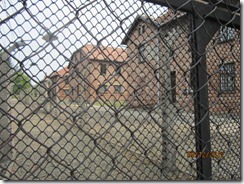 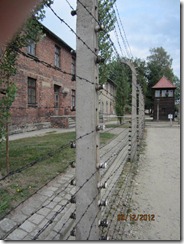 The original Auschwitz I is relatively small and almost handsomely formal, with its well-maintained rows of brick "dormitories," But by the time its extensions, culminating in the huge Birkenau complex, were completed, it became the largest and by far the most deadly of the German network of more than 400 work, concentration and extermination camps. 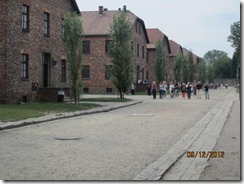 That, however, assumed that people even made it to the camps. "Sub-humans,” including Jews, Roma and gays, Slavs (who were being "relocated" to make way for long-term settlement by what was expected to be a rapid growth of Germans), captured Russian soldiers and other “undesirables” from all across Europe had to endure long, harsh train rides. These rides, which could last from weeks to months, packed people into "cattle car"-like boxcars with no insulation, no sanitation and little water or food. Those who made it alive were quickly sorted between men and then, women and children. Those men who were deemed healthy enough for work were sent to concentration camps, including Auschwitz. 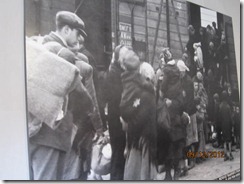 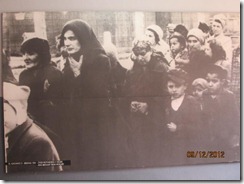 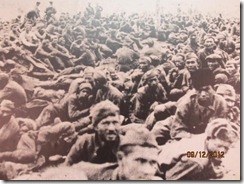 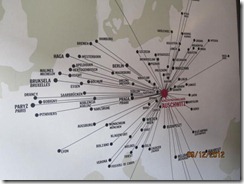 They were used primarily as slave labor, either at the camps themselves, or at nearby factories or mines. But unlike the case with American slaves, the Nazi "owners" had no incentive to keep their slaves alive. In fact, since the trains brought new prisoners in at such a fast rate, the camps couldn’t employ or dispose of people quickly enough. Between the work, the starvation rations, illness and infection, exposure to the elements, torture and all types of abuse by sadistic SS guard and executions at the gallows or execution wall, these slaves had an average life expectancy of roughly six months. 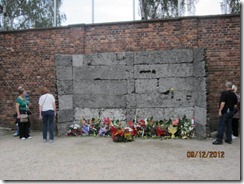 They, however, we’re the lucky ones. Women and children in the concentration and labor camps had life expectancies of about three months. Then there were those sent to Birkenau, which was more of an extermination or death camp, than a concentration or labor camp. Whereas Auschwitz had a couple small, essentially experimental gas chambers/crematoria, Birkenau was effectively built around three large-scale versions of these “solutions.” 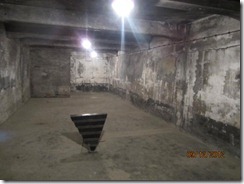 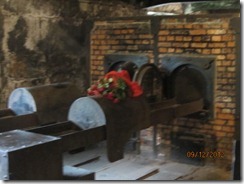 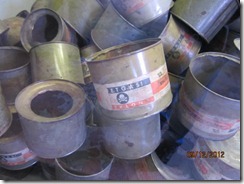 But the supply of prisoners came more quickly than even Birkenau’s ability to keep up. They were, for example, forced to build new dormitories. And when they ran out of bricks, they built them out of wood—non-insulated buildings from which you could see light through the cracks during winters that can fall as low as -15 Centigrade. Sure they had heating–three small stoves (with very limited fuel) for perhaps a hundred people. So they slept huddled together. The lucky ones huddled three or four together on each concrete bunks. The unlucky one slept on mud floors, fighting the insects and the rats for space. The good part was that they had separate mass latrine buildings. The bad part, people could use them only twice a day, for a minute or two at a time. 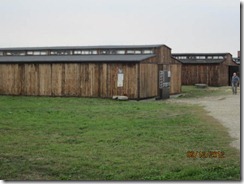 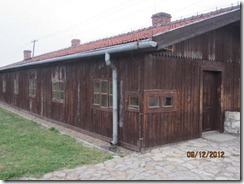 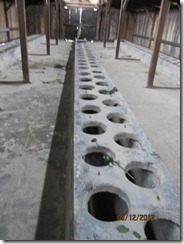 Many of the people who arrived in the cattle cars that rolled directly into the camp, however, never even got into the barracks. They went straight to the "showers", where they undressed, hung their clothes on numbered pegs (so they could "more easily find them after they washed") and walked upstairs to the showers. Hope, as they say, apparently “is the last thing to die.” 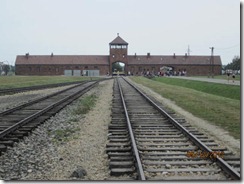 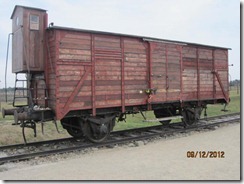 The gassing took about 20 minutes, after which they were stripped of their gold teeth and jewelry and pushed down into the basement to the crematorium. Therein came a problem. People could be gassed much more quickly than they could be cremated. What to do with all the extra bodies? The solution, dispense with the formality of a crematorium. Burn the excess bodies in the open air and store the ashes in open pits. 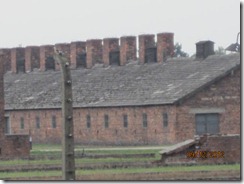 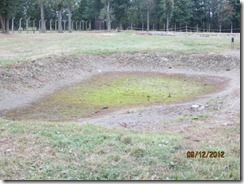 Although the Nazi’s were certainly brutal, they were, in a sense, “green.” Everything was recycled. Nothing went to waste. Clothes, shoes, eyeglasses and other personal effects were sent to the German people and soldiers. Even prosthetics. Human hair, meanwhile, was sold to textile companies and ashes to farmers. Even the ashes were recycled—sold to local farmers as fertilizer. There were, however, some things that were too valuable to be sold. The gold teeth and the jewelry, for example. They stayed with the SS!!

While the stories, told by our very knowledgeable guide, certainly painted a vivid and disturbing picture, the pictures and especially the displays in the Auschwitz buildings really drove the horror home. The huge piles of human hair, of shoes, of clothes, of glasses–all sorted and being prepared for "recycling" before the allies arrived to liberate the camps. But not all of the remaining clothes and accessories were left in the camps. Many SS guards, attempting to escape the Allies, took what they wanted and dressed as civilians before leaving the camps. 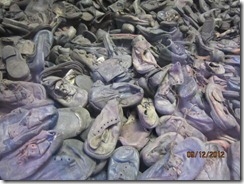 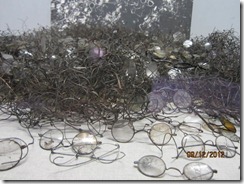 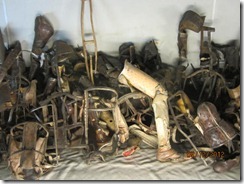 Although some of these SS personnel were captured and prosecuted, the majority were not. Of the 88,000 total, only about 15% were ultimately brought to justice. Even a smaller percentage of the prisoner facilitators met this fate. Those who helped the Nazis (often just as brutally as the Nazi guards) were rewarded with larger, nicer rooms and more and better food. They certainly got through the ordeal in better physical, if not necessarily ethical or emotional condition than did non collaborating prisoners who, upon liberation, weighed an average of 40 kilograms (about 88 pounds).

Birkenau does have a monument that is intended to specifically commemorate the victims. The camps themselves, however, serve as a much more poignant reminder of the suffering, the horrors and the incredible waste of lives that took place here. 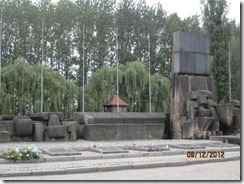