The Naples Bay area consists of much more than the city of Napoli. It is also home to the looming Mount Vesuvius, which in 79 AD, devastated the towns of Pompeii and Herculaneum. We visited, and were awed by Pompeii on our first visit to this area decades ago. The memories of the casts of the bodies of the suffering people who were suffocated by and later entombed in ash, along with the preserved structures and beautiful mosaic floors are still seared in our minds.

This trip, we decided to visit Herculaneum, the other town that was destroyed by Vesuvius’ eruption. Herculaneum, however, was a very different type of town. It, for example, was a smaller and more prosperous than Pompeii. It was also destroyed, and its ruins preserved, but in a very different way. Since Pompeii was 5 miles from the eruption, its destruction came primarily from being buried under mountains of volcanic ash that had been expelled from the volcano. Most of the 11,000 residents who could not escape died of asphyxiation.

Herculaneum, by contrast, was literally in the shadow of, and directly downhill from the volcano. Its roughly 4,500 residents were killed primarily from the heat and were, along with the town, buried under hot, much denser pyroclastic flows, which consist of a combination of hot ash, lava fragments, and gases. Its victims, were reduced to skeletons and bone fragments, approximately 3,000 of which have been recovered and many of which are exhibited at the entrance to the excavation. 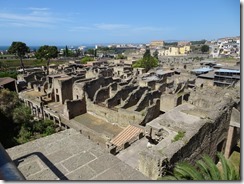 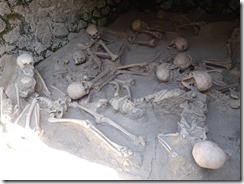 The relative wealth of the town can be seen from the large size of many of the homes, its more impressive mosaics and frescoes and the quality of its marble sculptures. These ruins are also better preserved than, and more complete than those of Pompeii. They include partially preserved wooden structures such as one of the boats that remained in the harbor and some of the girders, and even window frames, staircases and beds, within some of the buildings. 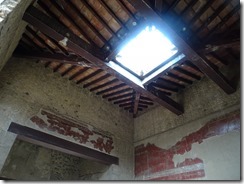 Although we walked the entire, compact site, an Archaeological Park pamphlet and audio guide specifically discuss the history, mosaics and frescoes and the functions of about 30 of the best preserved and most impressive of these. Although many were originally three or four stories, most remains are only one or two levels.

Among the most impressive and the most interesting of these are: 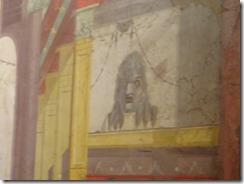 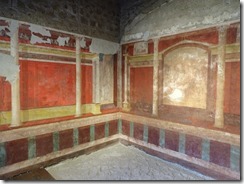 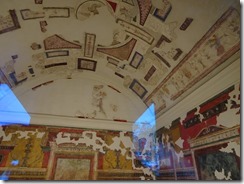 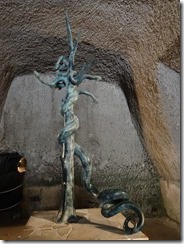 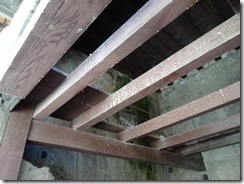 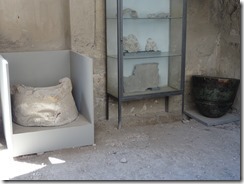 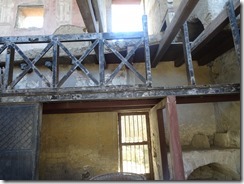 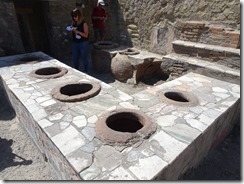 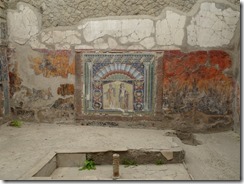 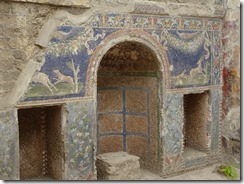 Yes, it was a tragedy. And both here and at Pompeii it feels a little uncomfortable to peak into the destruction. But if you are in this area, you have to visit either Pompeii of Herculaneum to see how people lived in 79AD.