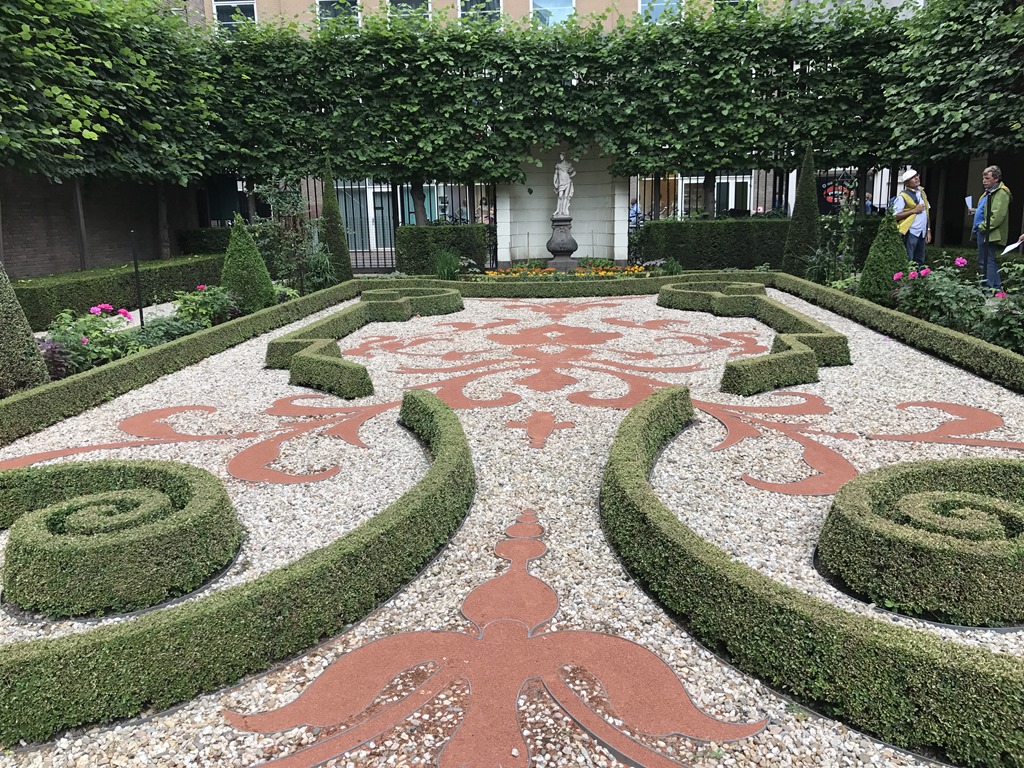 This is part of a series of posts on Amsterdam written by guest contributor, David Gavenda who spent a month in Amsterdam.

My month in Amsterdam gave me plenty of time to explore different sections of the city, partake in interesting activities (especially an annual garden tour), visit a number of secondary museums and most importantly, spend some time in my favorite brewery!

One weekend each year, Amsterdam stages a charity event that allows the public to view many of the city’s nicest private gardens. The tour also gives you a chance to see some of the city’s nicer homes, business offices, and museums, through which you have to walk to access the gardens.

Even if you are not a fan of gardens, the homes are worth the price of admission. Some were built as early as the 16th century. Many belonged or currently belong to famous residents including the founder of the Dutch East India Company and the city’s current mayor, to name a few. One of the largest gardens is located behind Amnesty International’s headquarters. Some homeowners were available for questions and others provided refreshments. Many of the tours were treated as family affairs, with the children involved. 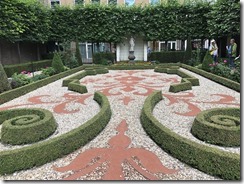 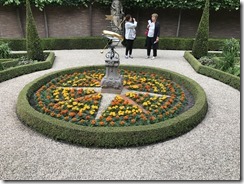 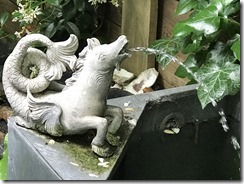 Marijuana, like prostitution, is legal in Amsterdam and all throughout Holland. It too is regulated, not unlike in those U.S. states in which it is legal. It is sold in any of Amsterdam’s more than 250 “Cannabis Coffee Shops”. They are scattered around the city, but many are located in the red-light district. These shops all offer product to smoke/eat-in areas or take out. Similar to Starbucks.

Each “shop” is different. Most are mom and pop operations, but some more sophisticated than others. They all sell weed, hash and edibles along with assorted drug paraphernalia. Most also serve nonalcoholic beverages and munchies. Some offer free rolling papers or the use of a vape pen. All have a menu displaying a list of their available products and pricing. Product names and descriptions will remind some of an old Cheech and Chong movie script. If product quality is not listed on the menu, the resident sales clerks are experts and willing to answer any questions you may have. Weed and hash are sold in 1 gram increments and in pre-rolled joints. Joints come in clear plastic tube with a replaceable stopper. (Although it is not legal to use Marijuana in public, the smell is almost everywhere around the city.) Most of the shops have seating areas, where you can enjoy your purchase. Many that I looked into were decorated in early dope design with heavy music playing. Some offered board games, pool tables and other forms of self-entertainment. Two of them had signed pictures of Snoop Dogg hanging in their shops.

The clientele mix in the shops is similar to those in other tourist attractions. You must be 18 or older to enter these shops and can buy up to 5 grams of product at a time. 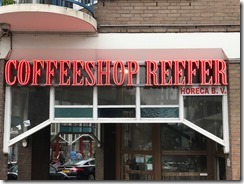 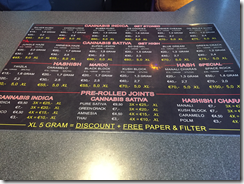 This is one of the better Brewery/Winery/Distillery tours I have taken. Show me another that sells their own branded underwear! The tour, of course, takes you through the brewing process and tells of the history of the brand and its ownership, much of which in interactive displays. They even allow you to build and buy your own personalized bottle of Heineken’s beer and insert yourself into photos that can be e-mailed to friends. And surprise, you end the tour with a chance to enjoy a couple glasses of that delicious Heinekens.

You can get through the entire tour in less than two hours and the brewery is very close to the Rijks/Van Gough museums. 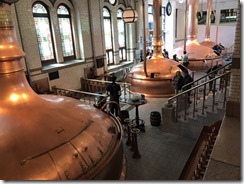 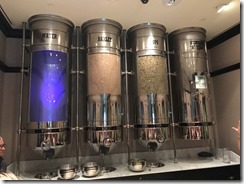 Amsterdam has many street markets: Some open only on weekends and others specialize in certain commodities such as flowers. One of the largest in Europe is the De Albert Cuyp Market located very close to Amsterdam’s Rijksmuseum and the Heineken Brewery. This market has been around since 1904 and has over 250 stands. It is a great place to spend a couple of hours wandering around. Many of the stands are extensions of shops located on the street where the market is located.

Tourists may be less interested in the many fruit and veggie stands. Many stands, however, feature sit down areas to enjoy great lunch fare and others that have quality walk-around munchies, especially cheese. The day I was there I gorged on fresh oysters, stone crabs, herring and local cheese. Note: This is a Day Market open Mon-Sat 9:30-5 pm and is closed on Sunday. The locals really come out on sunny days. The nicer the weather the more crowded all markets are. 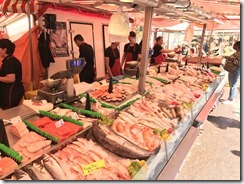 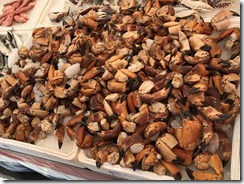 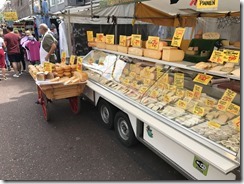