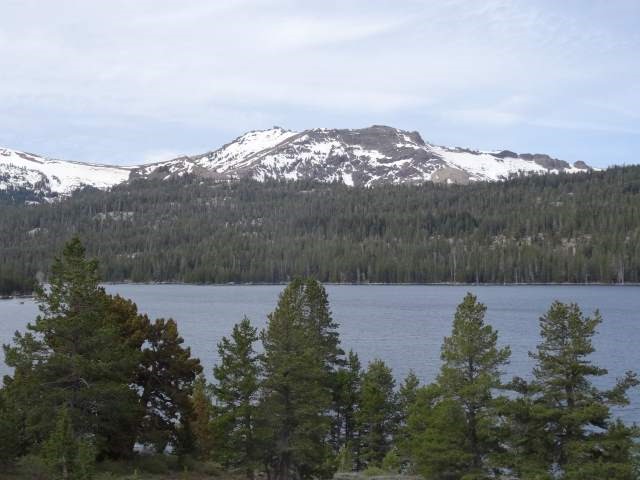 Our Carson Pass timeshare was “only” about a forty-five-hour drive to South Lake Tahoe. We spent two of our six days (including two days driving from and two San Francisco) at the lake.

The first day was to reacquaint ourselves with an area with a leisurely drive around the lake, taking in the views, stopping for lunch (at Jake’s, see below) and taking three lakeside walks.

One on the west side of the lake was on a very nice paved walking/biking path that passes by marinas, beaches, classic Tahoe-style homes and even remnants of volcanic activity. 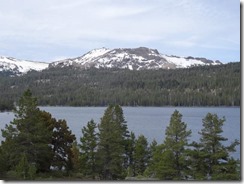 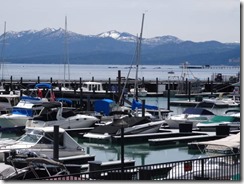 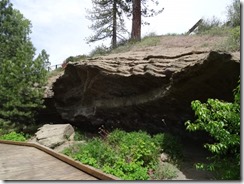 The walks on the much less developed east side of the lake were on dirt paths, one near Secret Harbor, the other near Zephyr Cove. The first was a relatively flat along a ridge overlooking a rocky outcroppings into the sea. 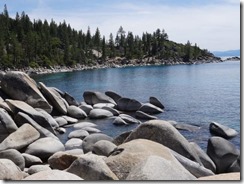 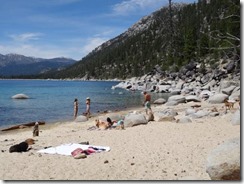 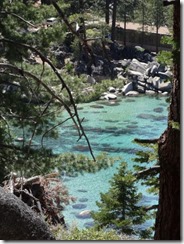 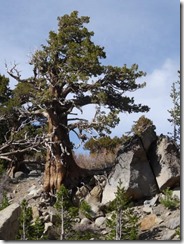 The second day was spend primarily around Emerald Bay. We planned to begin the day with a couple hours of kayaking through Emerald Bay with a stop at and climb of Fannette Island. (We did kayak a couple times along the north shore, where we were awed by the rugged lake bottom through water that still boosts 70-foot underwater visibility. We had not yet experienced the clarity of the Emerald Bay water. 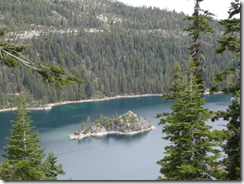 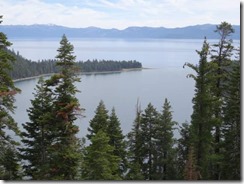 But as we discovered after our 20 minute downhill walks other shore, kayaking wasn’t available due to high winds. No fear, we found plenty of things do do. A brief tour of Vigingsholm (whose roof was being resodded for the season), the 1928 Swedish-style mansion, it’s visitor center and it’s lovely sand beaches with a picture-perfect view of the island.

We followed this with a short hike up to Eagle Falls, and then, returning to the coast, an easy, but very pretty six-mile (round trip) walk along the rocky beach pocked with the occasional beach. Even the climb back up to the car offered its own rewards—views of the bay and the island, and the cliffs above

Then, after after climbing back up to our car and a lunch detour to South Lake Tahoe (Riva Grill, see below), we drove most of the way back for a bit more challenging hike, about an hour round trip that took us up and down along a steep, rocky ridge over Cascade Lake (separated from Lake Tahoe by a narrow strip of land) to reach Cascade Falls. While the path required almost constant attention to your steps, each look up and to the side was rewarded by views of nature’s beauty and rugged footprint. A great end to a great day at Emerald Bay. 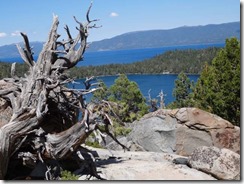 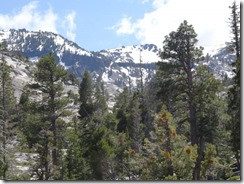 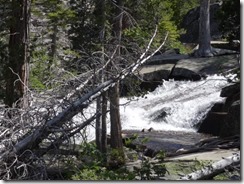 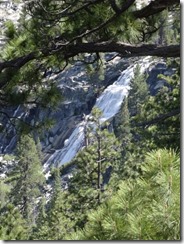