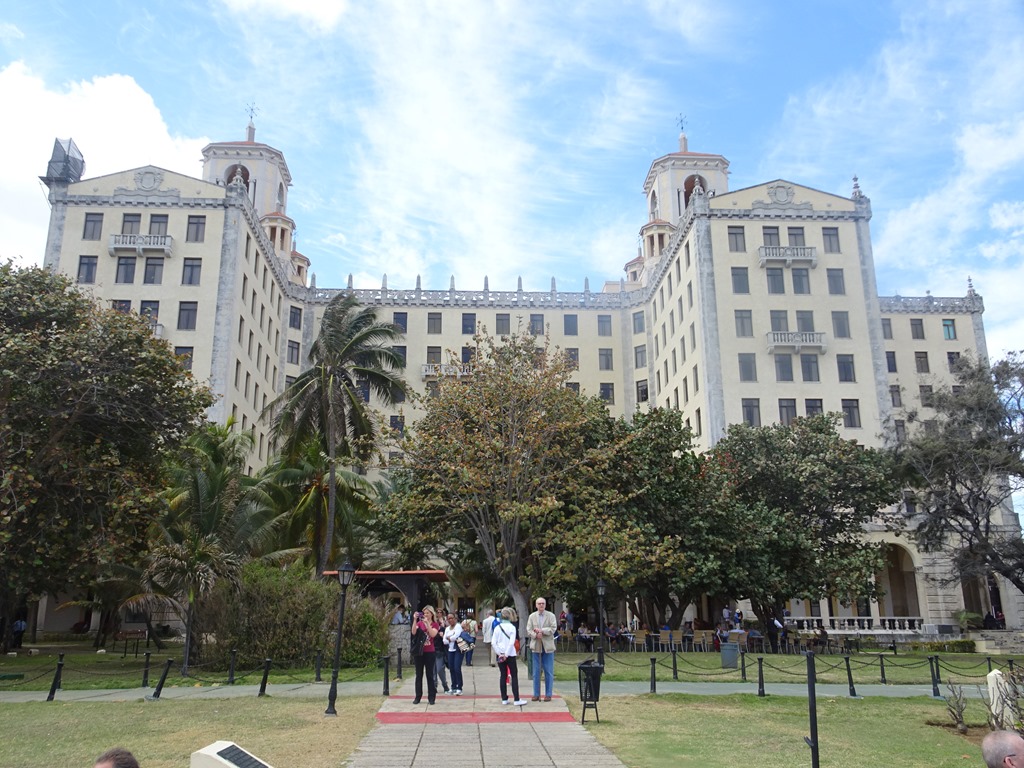 While most people think of Old Havana as being the place to visit, Havana has many other interesting neighborhoods This large neighborhood, on the northwestern edge of the city, was home to a number of the city’s most wealthy and powerful people from the mid-19th through mid-20th centuries. It currently has some of the city’s widest most decorative boulevards, many of its largest, grandest homes (many of which are now either run-down or house government offices). It is, after all, the primary government and commercial center and has many of the largest, most prestigious hotels.

We began our exploration of the area in the biggest, grandest hotel of them all:

Hotel National was built on a bluff over the coast in 1930 as the playground for the rich and famous. Over the decades it has played host to a number of the world’s rich and famous, including everyone from Presidents and Prime Ministers, to business leaders and Mafioso (who helped establish and profit from Havana’s rise as “Latin America’s Las Vegas”) and to many of the age’s leading actors and entertainers (a number of whom performed on its stages). It was, in fact, the spot at which its president, Batista, was celebrating New Year’s Eve when he was told that Fidel’s troops had entered the city.

Although much of this history is displayed in the hotel’s Hall of History, it literally oozes from all of its public areas; from its grand lobby, large dining and function rooms and its back courtyard that overlooks the Atlantic. This backyard, in fact, maintains its own mementos to history: preserved bunkers, trenches and a large cannon that remain a legacy to the Cold War and the Missile Crisis when the country feared (correctly as evidenced by the Bay of Pigs invasion) a U.S. invasion. Since the hotel’s premier lunch restaurant was booked by tours, we enjoyed the view and sipped Mojitos and a pressed, Cubano ham and cheese sandwich in a shady spot on the lawn. 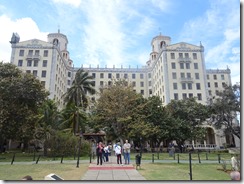 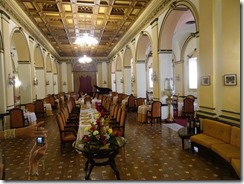 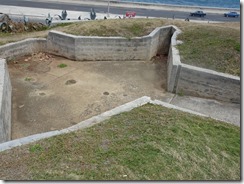 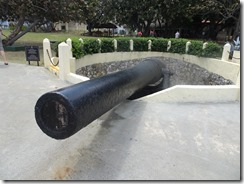 After this fortification, we took a walking tour of the western stretches, as laid out in Eyewitness Travel’s “Cuba” guidebook.

Calle 23, and its initial “La Rampa” blocks, is a busy, 1950’s-era main street that is lined with shops, restaurants, hotels and some previously grand buildings. One of these hotels, the Tryp Habana Libre, a grand, 50’s-modern hotel Castro used as a temporary headquarters upon entering the city. It has a pretty sunlit-dome under which is a mosaic mural by a Cuban artist and a number of interesting paintings. Just off Calle 23 is Copelia, an ice cream parlor that is so popular that you can’t even get close enough to see the exterior without a long wait on the street (which we were unwilling to endure). Among La Rampa’s other features are a daily crafts market and a fun metal sculpture of a naked Don Quixote, riding a horse reared up on two legs.

Avenue of the Presidents, a lovely, tree-lined boulevard with a mall lined with flowers and containing sculptures of Latin American presidents and revolutionary heroes, including Simon Bolivar. The Avenue’s main attraction, however, are the once glorious, primarily French-style mansions that still line the first several blocks of the street. 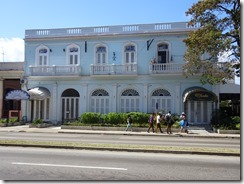 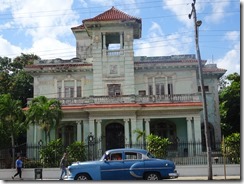 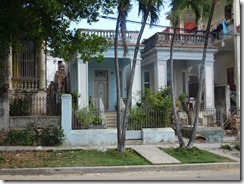 From there, we did much more than a stroll. A walk of about four miles down Calle 23, Calle 27 and Zapata Streets, in sight of Revolutionary Square, the front gate of Colon Cemetery and through a number of less grand neighborhoods, back to Central Square, were we reclaimed our seat on the Hotel Inglaterra patio, where we settled in for another rejuvenating dose of Cuban music and Mojitos.

We also visited two of Vedado’s primary sights as part of our first day’s classic car tiour of this city. These are: 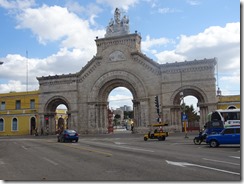 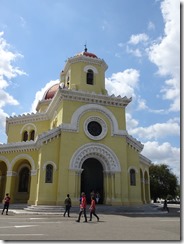 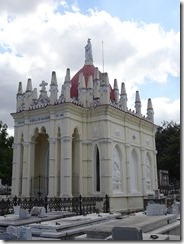 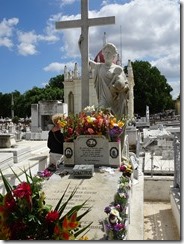 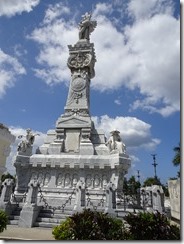 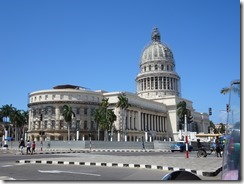 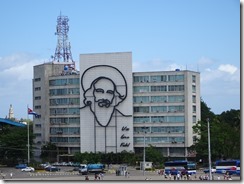