We only had 2 days in Lithuania and spent our time in the capital city of Vilnius Lithuania.

Like its neighbors, Lithuania has had a long history of occupation. But, since it is “hidden” in an inland location (rather than being a port city like Tallinn or Riga), its history began much later and was influenced by fewer foreign powers. The first documented reference to the city was in 1323, when the city’s Grand Duke Gediminas invited Germans to move to the city in return for a number of privileges, including an exemption from taxes. Also unlike its neighbors, it actually controlled its own mini-empire (which included parts of Belarus, Ukraine and Russia) from the 13th through 16th centuries.

Its glory days, however, were limited. It was soon relegated to becoming a provincial city in the Polish Commonwealth and then suffered many devastating attacks and fires through the 17th and 18th centuries. The city, however, was rapidly rebuilt, largely in the Baroque style that characterizes the current city.

While it briefly regained its position as a national capital in 1918, it was soon reoccupied by Poland. It fell into relative obscurity until the Soviets captured it in 1939 and the Germans largely destroyed it in WWII. It rebuilt its economic base during the post-war Soviet occupation and it has flourished since its post-1991 independence. It joined the EU and NATO to protect its regained sovereignty in light of its “unpredictable” neighbor.

Although the city’s Old Town contains a number of architectural styles, it is especially known for its large concentration of 17th-and 18th-century Baroque buildings–buildings that are characterized by their rich colors and ornate stucco figures. Churches, in particular, have opulent façades and dramatically decorated interiors with multiple and particularly ornate altars. Key examples include: 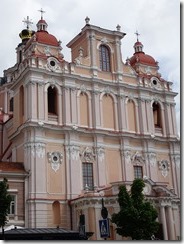 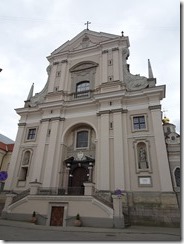 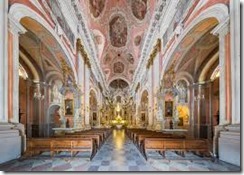 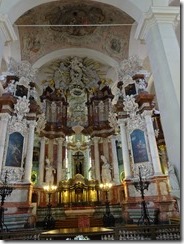 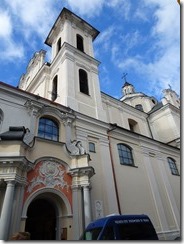 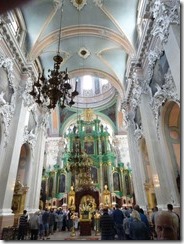 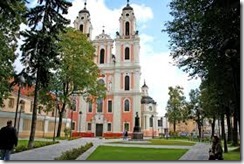 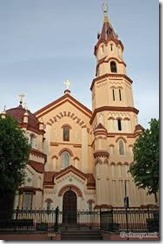 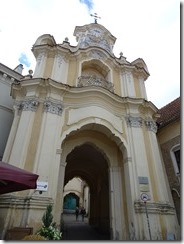 Another Baroque masterpiece is located about a mile from the city center. 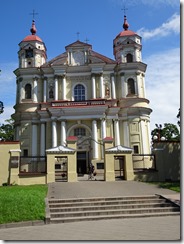 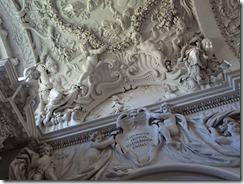 This is certainly not to suggest that the entire town, nor even all its most architecturally important churches or religious sites are Baroque. Many of the city’s religious masterpieces are classic examples of other styles. But regardless of their style, even many of these still have some important Baroque influences. Consider, for example:

Old Town has a huge number of churches (30), and a number of very elaborate ones at that. This may be somewhat surprising in light of the Soviet’s 45-year effort to stamp out all signs of religion and by converting existing churches into everything from warehouses, to museums to basketball courts (to accommodate what many feel is the country’s true religion). Atop this is the Lutheran predisposition and the rapidly declining importance of all religions in its Baltic neighbors.

Lithuania, and especially Vilnius, however, is very different than its neighbors for many reasons.

First, Lithuania’s Grand Duke decided to convert the entire country from Paganism to Catholicism in the 14th century. He brought hundreds of priests into the country and effectively bribed the entire population to be baptized by giving every newly baptized person a new shirt (a significant incentive in those days). But although the entire population went through the ceremony and were given Christian names (and shirts) within a single year, only a portion of the new initiates truly bought into the new religion.

Their Polish neighbors and co-Duchy members, however, bought very heavily into Catholicism. About 20 percent of Vilnius’ population is now of Polish heritage and this percentage used to be much larger. Vilnius was, in fact, officially part of Poland during most of the Inter-War years. It was not until Russia effectively forced its way into Lithuania in 1939 that it brought Vilnius with it. That prompted a number of Poles to leave the city and return to their native country.

The Russians also altered the city’s mix in other ways. First was the process of “Russification”, wherein they moved a number of Russians into Lithuania. And while the Soviets did all in their power to stamp any semblance of religion out of its controlled territories, many of these relocated Russians brought their Russian Orthodox faith with them. Even now, Russians are about 13 percent of the city’s population.

One religion, however, has plunged dramatically since the Russian’s 1939 return, and especially during WWII when the Nazi’s took control of the city—the Jews. Jews, as our guide explained, had accounted for about one-third of the city’s population in the early 20th century. They were fully integrated into the city and had more than 100 synagogues. Many of these Jews lived in Old Town where many of their synagogues were located.

When the Soviet’s forced their way into the country and the city in 1939 with 20,000 soldiers, they deported a number of the Jews. The Nazis executed or sent many of those that remained to concentration camps. The result: the city now has only about 300 Jews.

It is true that religion pervades many of the city’s activities—even a number of its generally secular activities and buildings. It has done so for many years and continues to do so today. For example: 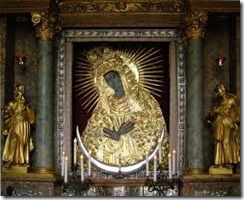 But for all the city’s religious overtones and undertones, it also has a number of purely secular attractions. These include individual buildings, entire neighborhoods or sections of the city. Among the most historic and otherwise notable of the buildings are: 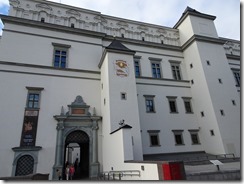 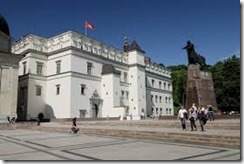 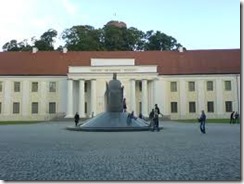 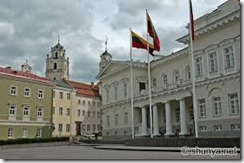 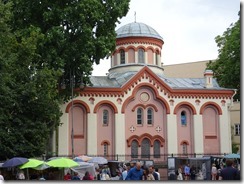 Many other historic buildings have been renovated into museums of all types…a number of which are art and history museums. Others are dedicated to different components of the city and country’s culture, to survival of occupation and genocide and to all types of notable Vilnius residents.

In addition to individual buildings, there are also a number of particularly notable streets, squares and neighborhoods that must be explored. These include: 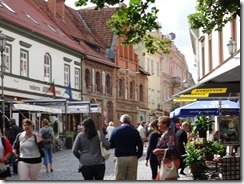 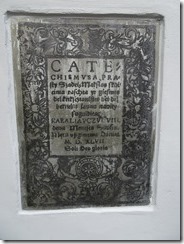 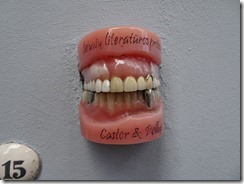 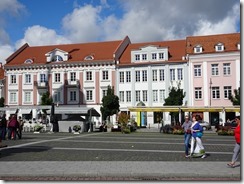 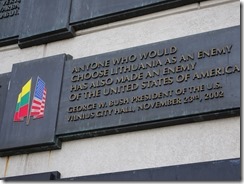 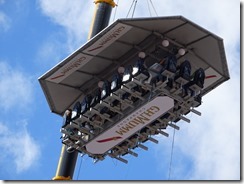 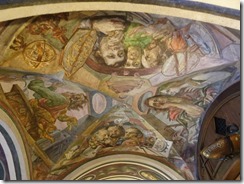 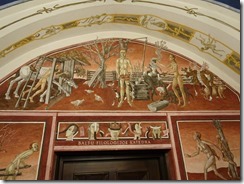 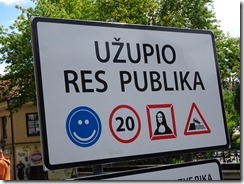 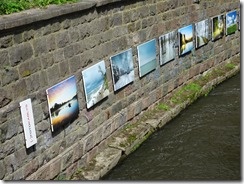 But even in secular parts of the city, religion isn’t far away. Consider, for example: 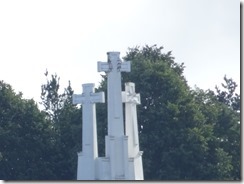 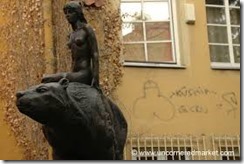 Not all city symbols, however, are official or religious. One wall painting south of Old Town, for example, has become a poignant political statement for a city that is justifiably skeptical of Russian intentions: an image of Putin in Trump entwined in a passionate kiss. 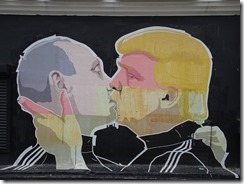 Given that our time in Lithuania limited us to the city, our only regret is that that the KGB/Genocide Museum in which we had the greatest interest, was closed on the one day we were able to do it. The museum, located in a former KGB building, is supposed to tell personal stories of survivors, the mass, cattle-car deportations to Siberia and chances to see the solitary confinement and torture rooms and the execution chambers used during the Soviet occupations.