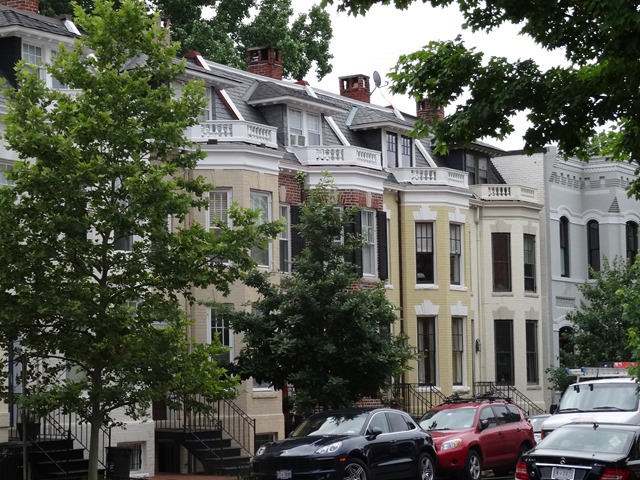 We, as always, walked everywhere, from our base by Thomas Square, to Georgetown, Capitol Hill, the U Street Corridor, around the Mall and Tidal Basin to some of our favorite monuments and for one of our restaurants (Rose’s Luxury, the Barracks Row section of the Capitol Hill neighborhood. 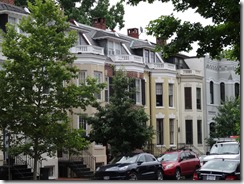 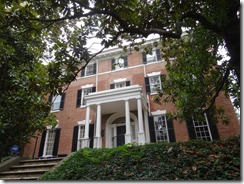 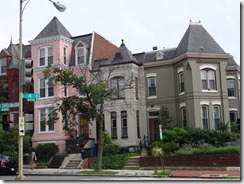 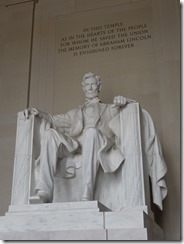 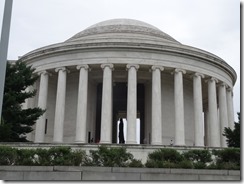 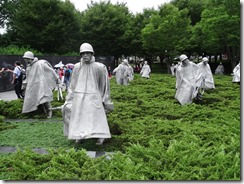 White House Tour. After having been cancelled out of our first attempt to tour the White House by the sequester, we finally got in. It was worth the wait. The entryway had portraits of presidents and first ladies and pictures in all types of settings–formal and informal. Kennedy and his children in the Oval Office, Johnson signing the Civil Rights Act, Sadat and Begin signing the Peace accords–even Princess Di and John Travolta dancing! We saw many more of the public rooms than we had expected. About ten rooms in total including the Library, Diplomatic Reception, Red, Green and Blue Rooms, the State Dining Room, the entrance Hall in which the president gives presentations beneath his seal, and others. Well organized, helpful staff happy to answer questions, and and a exit next to one of the gardens. We highly recommend it.

Embassy Row Tour. This trip, by Washington Walks, Traced the history of DuPont Circle and Embassy Row from the Civil War, when the area was "beyond the reaches of humanity", through its growth in the 1890s, its commercialization in the 20s to the emergence of embassies in the 1950’s. Its initial growth was driven by a combination of three elements: the development of the streets according to the L’Enfant plan, the growth in Gilded Age wealth and the area’s popularity among the "California Syndicate" gold barons. It became especially popular among the nouveaux riche (who were not really accepted in northeastern social circles) who build grand Beaux-Arts party mansions to partake in the winter social season. 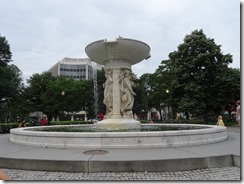 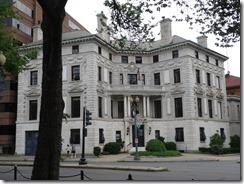 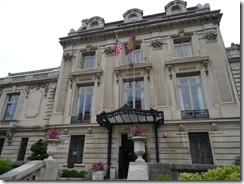 The party continued through the next few decades as spendthrift heirs led flashy and in some cases, scandalous lives. Then, by the 1920s and 30s, the posh residential area began to turn commercial and the income tax and Great Depression began to deplete the fortunes of the residents. By the 1950s, the mansions had been purchased, typically at deep discounts, by embassies, exclusive social clubs and by real estate developers who subdivided them into apartments and condominiums. Those who did not want, or could not afford a D.C. mansion, such as the Gores or the Bushes, settled for renting suites in the then fashionable Fairfax Hotel. 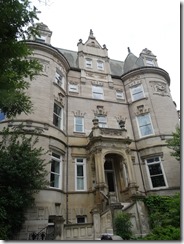 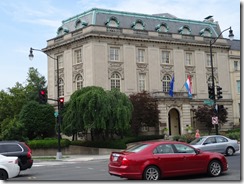 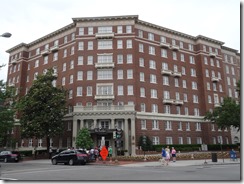 While the tour certainly provided some interesting information, we would have preferred more hard history and less about the indiscretions and the scandals.

Anderson House and Headquarters of the Society of the Cincinnati. The Massachusetts Avenue mansion was home and party site of heirs and part-time soldier and diplomat Lars Anderson and his even wealthier wife, Isabel. When he died, he left the house to the Society of the Cincinnati, an exclusive club (originally led by George Washington and Alexander Hamilton) of direct descendants of Revolutionary War officers. The tour, although a bit long and deep in detail of the Andersons’ lives, provided good background on the Society and its members and a peak at the extraordinarily well preserved mansion and many of its artifacts. 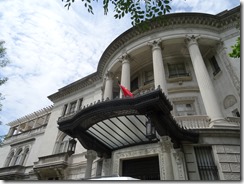 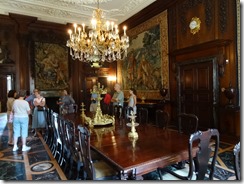 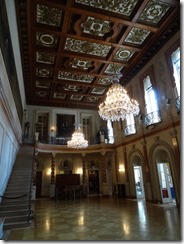