Most of our trips to Canada have been either to the east coast or the west coast. We have never been to Winnipeg. Not to knock the city, but it isn’t exactly a destination city for us. But Winnipeg was the gateway city for our next adventure….to Manitoba to see the polar bears. We made the best of a (thankfully) short day in the city.

Winnipeg is the largest city in, and capital of Manitoba. We briefly strolled around downtown Winnipeg to view a few of the city’s more scenic neighborhoods and to see, if not actually visit, some of the city’s most important buildings, These included: 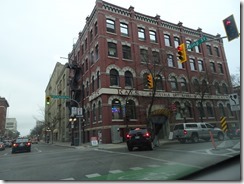 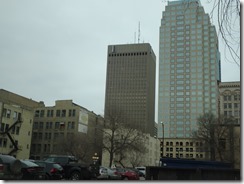 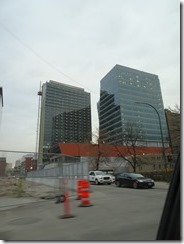 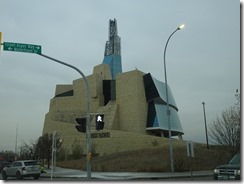 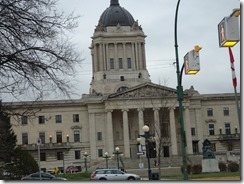 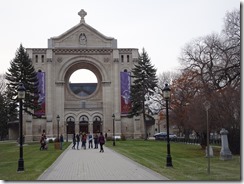 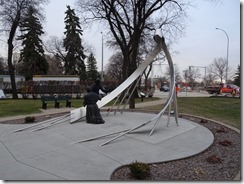 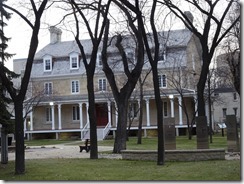 We were only in town for one meal. Our dinner was at The Blue Marble, located in our airport hotel. Tom had a very nice Kentucky Fried Quail with coleslaw, matchstick potatoes, and tasty game gravy, followed by a decent, but inexplicably dry (despite being cooked medium rare) duck breast which came with potato rosti, oyster mushrooms, butternut squash puree, spinach, and finished with red wine jus ad tarragon oil. Joyce had a not especially tasty pizza with tomato sauce, cheese, mushrooms, sausage, pepperoni, and bacon. Our wine was an Okanagan Valley red—a 2014 Culmina R&D merlot/cabernet sauvignon blend from the valley’s Golden Mile Bench. Well, we weren’t expecting much….

Sheraton Four Points Airport. A 3-minute walk from the airport makes this a convenient spot if you want to be at the airport. However, it is a 20-minute ride from The Forks, the main restaurant area in Winnipeg. You could hear the planes in your room, but the airport isn’t exactly busy. The room was very warm and we were unable to get the temperature into a comfortable sleeping temperature. The bed had 2 huge warm comforters on them. The sheet was sufficient as the room was quite hot. We had a microwave, coffee maker, and refrigerator. Surprisingly, the room provided a bathrobe. The place is an older place but seemed comfortable. Breakfast consisted of eggs, bacon, fruit, muffins (it would have been nice if the muffins were at room temperature instead of cold from the refrigerator). All in all, a decent place to stay and very convenient to the airport.